Portland Aluminium Smelter – will it stay or will it go? 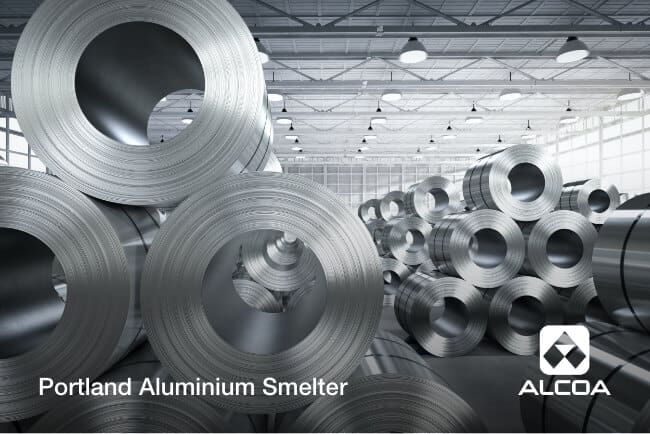 Alcoa’s Portland smelter received over $200 million in Australian Government subsidies back in 2017 to enable it to keep operating for a further four years. This package expires in the middle of 2021 and, without further subsidies or guarantees of cheap electricity, there are question marks over whether the smelter will stay open. Similar question marks hang over Rio Tinto’s three Australian aluminium smelters. Last year Rio’s CEO stated that they were “on very thin ice” in relation to their viability.

We need to look at the big picture. The global aluminium business has been transformed in recent years, and this is now affecting the energy market in Australia.

Chinese smelters have changed the game.

The world has seen a tremendous leap in aluminium production in the last 20 years. Almost 100% of the increase has come out of China whose global share has rocketed from less than 15% in 2000 to more than 50% today, as shown in the following graph:

More than 100 new aluminium smelters have started production in China, with a fleet of mostly coal-fired generators built to power them.

World markets are now oversupplied and prices are low, putting pressure on producers to reduce output. They are looking at doing this by closing high-cost sites – noting that electricity can account for over 60% of a smelter’s operating costs.

So will Portland stay or will it go? And how will Victoria be affected?

The electricity market at the moment seems to be betting on the government coming to the party and continuing to subsidise Portland after July 2021. Although VIC futures prices are lower in FY 2022 compared to FY 2021, this is not out of line with other factors in the market – in particular, increased renewables driven by the State renewable target.

If Portland were to go, electricity demand in VIC would reduce by about 10%. This would put immediate downward pressure on prices. In the short run, reliability risk would reduce and emissions would track down as coal-fired generators would operate less.

However, because of the baseload nature of the demand being removed from the system, coupled with increasing intermittent renewable generation, the remaining coal-fired generators would be required to cycle up and down more often – something they are not designed to do.

So a short-term price drop might not translate into a permanent downward shift.

Expect more volatile prices over the next few years.

The changes outlined above would likely bring forward the closure of Yallourn power station, the oldest and frailest of the remaining brown coal generators in VIC – currently due to be decommissioned in 2032. This in turn would increase price volatility and reduce system security, making it more likely that the air conditioning stops when you don’t want it to – especially those 40C-plus evenings in the middle of summer!

Note that Australia is already in a position where system security and reliability have worsened in recent years, and are both now described as critical by the Energy Security Board. Here’s the background.

Whatever the outcome for Portland, we may be entering an era of greater price volatility. At Smart Power, we’ll be watching closely and bringing you updates. And of course, we’re always here to advise and assist with your energy procurement strategy.